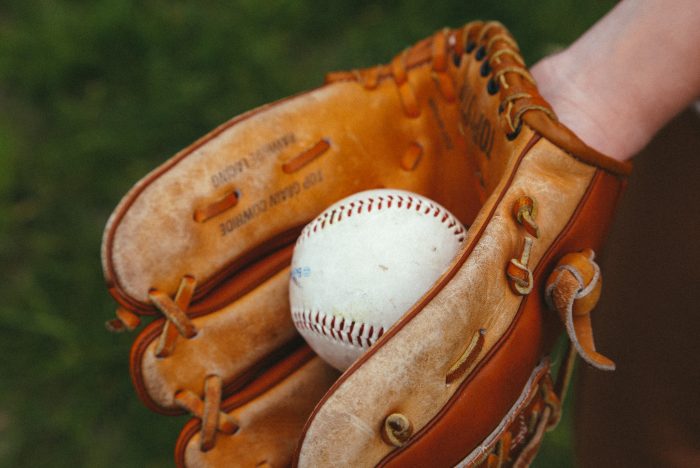 I had been explaining the origin of our annual baseball trip. I introduced my friends Mark and Andy, and pointing at them, continued, “They call me Century.” Mark and Andy’s ears perked up. Everything I had said until then was true. The three of us had been friends since seventh grade. We started our annual tradition in 1999, simply as a way to get together when we disbursed to different regions. I stayed in Michigan after law school. Mark never left Los Angeles. Andy was a career military lawyer frequently moving around the country and the world for his service.

When we planned our trip in 1999, we didn’t intend to make it an annual event. We wanted to get together, play some basketball, and catch up with each other. The baseball game at Cleveland’s Jacobs Field was incidental to a boys’ weekend. We had such a great time, and we made it an annual tradition.

In the years since 1999, we have been to every existing major league baseball stadium except Baltimore. Our plan to visit Camden Yards in 2020 was derailed by the pandemic but has been rescheduled for 2022. After that, return trips to Atlanta and Dallas will be on the itinerary for their new stadiums, and then Cooperstown.

The trips have featured unforgettable memories such as the Cleveland faithful serenading their former slugger Albert Belle; Derek Jeter setting the record for all-time Yankee hits with a shot down the right-field line; Ichiro Suzuki robbing a home run; Barry Bonds hitting a no-doubt home run; the major league debut of now-retired Jeff Francouer; and more. We have been treated to tours of the baseball infields, press boxes, and Fenway’s seats above the green monster. We hiked the Rockies, biked the Golden Gate Bridge, kayaked the Florida swamps and the Pacific Ocean, trekked Kentucky’s Bourbon Trail, huddled with the band Chicago before they took the stage in Pittsburgh, and hobnobbed backstage with Bill Walton and Mickey Hart at a Dead and Company show.

All of that was true. But, Century? Of all my nicknames, printable or not, neither Mark nor Andy had ever called me Century. They turned to me with a questioning look. When one of them took the bait and called me on that, I continued.

Playing basketball was also an annual tradition. After a round of horse, we would play a game called 21, which was one-on-one-on-one. The first to reach 21 points wins. Mark won around 80 percent of the games. Andy and I split the remainder. But one game, one year, I got incredibly hot and won the game 21 to 0 to 0. I had shut them both out. Put the numbers together, and it’s 2100, the end of the 21st century. That, I invented – I mean, explained – is why they call me Century.

Mark and Andy shook their heads with disgust. I smiled and proposed a toast, “Cheers, gentlemen.”

Loyalty has many forms. For a lawyer, loyalty and independent judgment are essential elements in the lawyer’s relationship with a client. It means zealously representing the client’s interests. Both inside and outside the legal context, loyalty means being a trusted confidante, gently delivering bad news, and speaking up when necessary. In so many ways, being a loyal friend has prepared me to be an effective attorney.

Of course, there are limits to the comparison. I NEVER trash talk my clients.