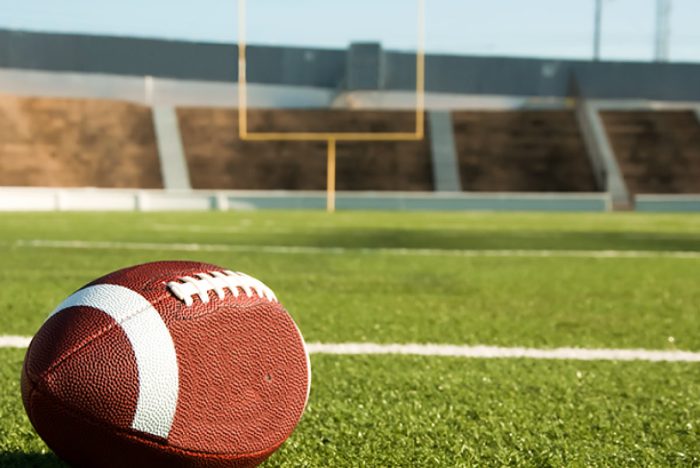 Life Lessons Learned Along the Way: Papa Bear and the Onside Kick

A couple of weeks ago, I attended the memorial ceremony for Lee “Papa Bear” Carlson, a legendary teacher and coach from my high school in Los Angeles.  So many of my fellow alumni have stories about how Papa Bear inspired them.  Pete Sickle, the CEO of the Tel Aviv Heat, Israel’s professional rugby team, recalls how Papa Bear performed a Jedi mind trick, convincing the majority of the football team to form a rugby club in the off-season, even though no other high school rugby teams existed in the greater Los Angeles area.  Another former student recalled how the humiliation of receiving his examination last – in order of performance – led him to weekly study sessions in office hours, which in turn transformed his academics.

My Papa Bear story originates not from his role as the math team coach.  Nor does it come from the way I knew him best, as the father of my friend Erik. The story I want to tell is sort of a football story.  All season, we practiced the onside kick.  Erik was our kicker, and had the play down pat.  He would kick the top of the ball so that it would tumble once.  It would tumble a second time.  But on the ball’s third revolution, the spin that Erik gave it would make it pop into the air.  Once that happened, it was open game for anyone to grab.

The spin and velocity of the ball had to be just right.  Get under the ball too much, it would never pop into the air, or worse go directly into the hands of the opposing team.  Kick it too high, and the ball would not travel the required ten yards.  Although there was rarely an opportunity to use the play, we practiced it over and over.  We knew that if we needed the play, it would only be in a crucial junction – the waning minutes of a close game.

Late in the season, we were down by a couple of touchdowns when we scored to pull within one score.  Out of timeouts, the only possibility to stay in the game was the onside kick.  Erik laid down a perfect kick.  It tumbled once.  Twice.  And the third time, just like we had practiced, the ball popped into the air and over the heads of the other team and toward an open area of the field.

My Rudy moment was in front of me.  Weighing in at a buck 45, I was not an ideal football player.  But because I had decent speed, I was on the onside kick team.  As the play unfolded, my teammates were able to occupy the other team’s front line.  The ball was rapidly heading down the field, but I was tracking it down.  No one was there to block me.  One more bounce, and I would be there to recover the ball.

Alas, my Rudy moment was not meant to be.  When the ball hit the ground the fourth time, it squirted sideways at a 90 degree angle.  My momentum carried me right past the ball.  The ball careened out of bounds, and we lost the game.

Fast forward to the film session on the following Monday.  A hopeless feeling grew in the pit of my stomach, as I expected to be chewed out.  Papa Bear was a large person, but he did not lead by fear or intimidation.  In fact, he conveyed just as much with a whisper as a growl.  On this occasion, he had just three soft-spoken words: “It was there.”

The message was left unspoken, but heard loud and clear. Work hard, practice hard, because one day, you will have an opportunity.  And when that day comes, and that opportunity is there for the taking – Run, Jump, Dive, Do a Somersault, Get Your Hands Dirty.  Above all, do whatever it takes and Find a Way.  Because you never know when the next opportunity will arise.

I used to be disappointed that we never had a chance to try another onside kick.  I was sure that the next time, I would be ready.  I would be the one to recover the kick.  But the season ended, and with it, my football career.

I now understand that the lesson I learned was not a football lesson.  In fact, forty years later, Papa Bear’s words continue to resonate.  As a litigator, I know that every case I have is my client’s most important case.  It’s their career, their reputation, their good name that is at risk.  I know that I am going to practice and research, practice and write, practice and speak.  And when the case is like that ball in the air – anyone’s game waiting to be recovered – I am going to Run, Jump, Dive.  I will do everything in my power to make sure that my client has a chance to win.

Thank you, Papa Bear, and may your memory always be a blessing.

In our second article this month, Kathleen Klaus discusses how the Michigan Supreme Court ensured that mediation remains a “safe space” where attorneys can freely discuss all issues related to a case being mediated, without risk of being sued.