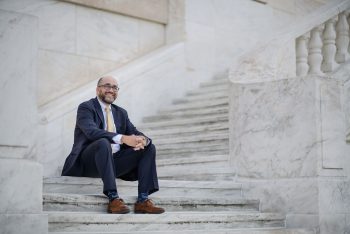 Life Lessons Learned Along the Way: The Privilege of Laughter

During many practice group meetings over the past 8 years, I sat and listened to my colleagues discuss Breaking Bad, Narcos, The Wire and the like. Knowing very little of those shows, I daydreamed instead about vignettes from 30 Rock, Barry, The Simpsons, Community, Fleabag and Saturday Night Live. I have nothing against dramatic shows as a general rule, but I’ve largely gravitated towards comedy for my entertainment. Comedy is important to me. Comedy is an escape from the seriousness of the cases I defend, many of which involve horrific physical and emotional injuries.

2020 has undoubtedly brought multiple horrors. The sweeping wildfires that ravaged a massive percentage of Australia seem like they came whole generations ago at this point. From impeachment to COVID-19 to massive unemployment rates to the death of George Floyd to the Black Lives Matter protests and the governmental response thereto—2020 has consistently made it difficult to find escapism in comedy. Laughing in a world of multiple literal or figurative pandemics is difficult.

Yet laughter, for me, remains necessary to my mental health. Which is why I’m grateful that comedy can be more than mere escapism. Comedy can inspire more than laughter. Comedy can inspire learning. The fantastic Hulu original Ramy highlights many facets of what it’s like to be a practicing Muslim in America in the wake of 9/11. FX’s brilliant Atlanta illuminates aspects of the culture of young African Americans who yearn for prosperity—or at least survival—in societal systems that have in many ways abandoned them. Likewise, sketch shows like Chappelle’s Show and Key & Peele frequently highlight the plight of African Americans through comedy that can be either absurdist or all too real. For their part, shows like The Daily Show and HBO’s Last Week Tonight with John Oliver and Problem Areas with Wyatt Cenac have consistently (and comedically) exposed flaws in so many of those harmful societal systems.

Which brings me to a bit of comedy that has been often on my mind over the past few weeks: a 6-minute, 30-second segment of stand-up comedy by former Daily Show correspondent Roy Wood, Jr., the bulk of which is dedicated to explaining why black men in America don’t have the luxury of walking out of retail establishments without obtaining a bag and a receipt that demonstrates that they purchased the items they carry out with them for fear of triggering extra scrutiny by store security officers. Although I can freely do my best to “save the planet” by declining a bag for my items and opting for a digital receipt—through his comedy, Mr. Wood helped educate me that there are those who do not share that simple luxury.

At the same time, I’m grateful to comedians like Roy Wood, Jr., for helping me appreciate that perhaps, through no fault of my own, my bootstraps were more easily pulled than those of others. And I’m grateful for all of those out there who strive and fight to ensure that all bootstraps are equally capable of being pulled upward.

Here’s hoping that humor, alongside peace, understanding, justice and equality, will win out.

In our next article, Richard Mitchell provides an expansive view of the insurable interest requirement.