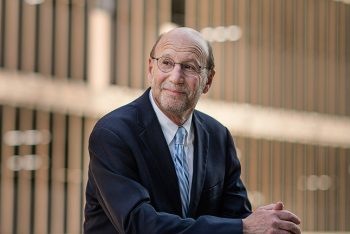 This month, we call your attention to a troublesome decision by the Michigan Court of Appeals on expert witness immunity. Our partner Steve Wolock does an excellent job breaking this down.

In a January 2019 published opinion, the Michigan Court of Appeals narrowed, arguably to the point of evisceration, the immunity afforded to an expert witness from a lawsuit brought by the party who retained the expert. In Estate of Diana Lykos Voutsaras v Gary L. Bender, et al, __ Mich. App. __, 2019 WL 97183, the Court of Appeals held that “licensed professionals owe the same duty to the party for whom they testify [as an expert] as they would to any client, and witness immunity is not a defense against professional malpractice.”

In so holding, the Voutsaras Court ignored the Michigan Supreme Court’s holding in Maiden v Rozwood, 461 Mich 109, 597 NW2d 817 (1999), that an expert witness is “wholly immune” from liability for his or her testimony and for his or her related analyses. The Court further ignored the Maiden Court’s ruling that the witness immunity doctrine is to be “liberally construed” so witnesses can testify without fear of threatened litigation. Id. While the Voutsaras Court sought to retain some vestige of witness immunity by holding that expert witnesses could not be held liable for offering “unfavorable” opinions, as a practical matter, the line drawn by the Court is entirely unworkable and affords no protections at all.

The Voutsaras case arose out of a lawsuit brought against Mr. and Mrs. Voutsaras to foreclose on a commercial mortgage and note held by Gallagher Investments. The Voutsarases hired attorney Gary Bender and his law firm to defend the foreclosure action. Bender filed a counter-claim against Gallagher Investments and a third-party claim for legal malpractice against the Gallagher Law Firm, whose principal owned Gallagher Investments. Bender retained attorney Kenneth Mogill, a prominent expert on legal ethics. According to the Voutsaras lawsuit, Mogill was hired to (as subsequently alleged) “provide opinions on the subjects of State Bar ethics and professional responsibility relating to Byron P. Gallagher, Jr. and the Gallagher Law Firm, PLC to (a) the Attorneys to support their litigation strategy and (b) the Court in the form of expert witness testimony.” The trial court granted summary disposition against the Voutsarases on all claims, including their legal malpractice third-party claim, and entered a judgment of $160,000 for Gallagher Investment.

In the wake of their loss, the Estate of Mrs. Voutsaras sued Bender and his firm for legal malpractice and included a vaguely worded negligence claim against Mr. Mogill. Mrs. Voutsaras alleged that Bender breached the standard of care by failing to advise her of an early opportunity to settle the case for $25,000 and failing to advise her that she was unlikely to prevail. As to Mogill, Mrs. Voutsaras alleged that he provided opinions based on incorrect facts and inapplicable standards, and that he should have known that Voutsaras and Bender would rely on his opinions in forming litigation strategy.

The Court of Appeals disagreed. It found the distinction from Maiden to be dispositive and treated the Supreme Court’s broad language as irrelevant. Disregarding the fact that the Voutsarases never alleged an attorney-client relationship with Mogill, the Court concluded that the plaintiff “essentially alleges a perfectly ordinary claim of legal malpractice.” While the Court still found that Mogill remained entitled to a measure of protection, its formulation of the immunity afforded is sharply limited in scope. Apparently seeking to harmonize its ruling with Maiden, the Court read Maiden to be “clearly focused on the freedom witnesses must have to give damaging testimony without fear of reprisal.” With that as its premise, the Court held that the plaintiff could not prevail on a claim that Mogill had immunity for the giving of testimony that was “unfavorable” to plaintiff, but could get to a jury on a claim that Mogill gave “professionally incompetent testimony.” The Court further read Maiden to address only “actual testimony” and “other materials and evidence prepared by the witness for the intended benefit of the court.” This, according to the Court of Appeals, was different from the case before it inasmuch as the Voutsaras complaint alleged that Mogill provided opinions for the benefit of Mrs. Voutsaras’ attorneys, as well as for the court. Therefore, the Court concluded, Mogill was immune from suit as to testimony and evidence prepared for the benefit of the trial court, but not if his opinions were also prepared for the benefit of plaintiff or the plaintiff’s attorneys.

Currently, Mogill is seeking leave to appeal the Court of Appeals ruling to the Michigan Supreme Court. The Court should grant the application.

The Court of Appeals seriously misconstrued Maiden. In Maiden, the prosecutor charged the plaintiff with the murder of his daughter and wife based on the opinion of the medical examiner, who also testified against the plaintiff at his preliminary exam. When two other experts opined that the medical examiner’s findings and conclusions had no medical basis, the prosecutor dismissed the charges. Subsequently, the real murderer confessed. The Maiden Court found that the medical examiner’s incompetent opinion was “the key factor that led to plaintiff’s arrest.” Thus, while the Court of Appeals in Voutsaras suggested the focus of the Maiden Court was “damaging” testimony as opposed to “professionally incompetent testimony,” in fact, the central issue in Maiden was whether the expert there was “wholly immune” for her professionally incompetent opinion.

Further, while the Court of Appeals in Voutsaras distinguished Maiden on the grounds that Mogill’s opinions were alleged to be for the benefit of the plaintiff’s attorneys and the trial court, the medical examiner’s opinion in Maiden was also for the benefit of attorneys, albeit prosecutors responsible for making charging decisions.

The Court of Appeals undervalued the policy priorities so unqualifiedly embraced by the Michigan Supreme Court. The Maiden Court described witness immunity as an “absolute privilege” to be “liberally construed so that participants in judicial proceedings are free to express themselves without fear of retaliation.” Maiden, id. at 135-36. The Court further stated that “witness immunity” is:

. . . grounded in the need of the judicial system for testimony from witnesses who, taking their oath, are free of concern that they themselves will be targeted by the loser for further litigation. Absent perjury of a character requiring action by the prosecuting attorney, the testimony of a witness is to be weighed by the factfinder in the matter at bar, not by a subsequent jury summoned to determine whether the first lawsuit was tainted . . .

The Court of Appeals also ignored the Maiden Court’s recognition of the fact that “the duty imposed by a witness is generally owed to the court.” Maiden, id. at 134-35. This proposition is reflected in the Supreme Court’s articulated purpose for expert testimony – to “assist the trier of fact to understand [complicated] evidence or to determine a fact in issue.” Michigan Rules of Evidence 702. The Maiden Court further stated that witness immunity is available to “those persons without whom the judicial process could not function.” Maiden, id. at 135 (citations omitted). Disregarding these points, the Voutsaras Court concluded that the case was a “perfectly ordinary legal malpractice claim.” This, despite the fact that the Voutsarases had not alleged an attorney-client relationship and despite the obvious conflict between an expert’s duty to the court and an attorney’s duties of undivided loyalty and zealous advocacy owed to his or her client.

If permitted to stand, the Court of Appeals decision is likely to breed confusion and litigation. The distinctions drawn by the Court are unworkable. A grant of immunity from suit based on the giving of an “unfavorable opinion” versus a “professionally incompetent opinion” is a grant of no protection at all. Plaintiffs will invariably challenge unfavorable opinions on the grounds that they were incompetently formulated. Further, the Court’s extension of protection where evidence and testimony is prepared only for the benefit of the court and not also for the benefit of the retaining attorney is artificial and confusing. Attorneys routinely use the opinions they obtain from their independent experts to guide filing, settlement and tactical decisions, as well as for trial purposes.

The Court of Appeals’ apparent concern was for the harm that might befall a party whose expert’s negligent opinion is a proximate cause of the loss or diminution of the value of an otherwise meritorious claim, either at trial or prior to trial. However, in most such cases, it is likely that the party would have a remedy against his or her attorney. After all, it is the party’s attorney who is responsible for selecting and preparing the expert. In the seemingly rare case in which a bad result is caused solely by an expert’s negligence, there may indeed be harsh results. But the possibility of a harsh result is intrinsic to all immunities granted by law.

In sum, in light of the important policy purposes served by the witness immunity doctrine and the poorly reasoned and confusing nature of the Voutsaras opinion, the Court of Appeals’ ruling should not stand.