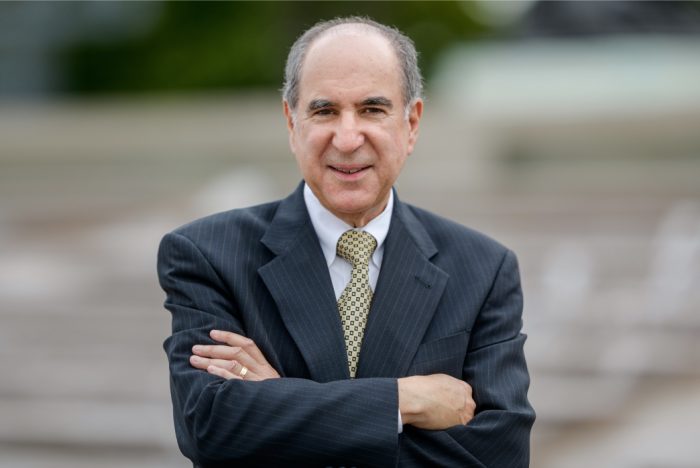 This award was given in recognition of Kaplow’s distinguished service and his lifetime commitment to the support and advancement of the mission and purpose of the Jewish Historical Society of Michigan. This is only the fourth time in its history that the JHSM has ever presented this award.

The announcement was made by the firm’s President and CEO, Steven D. Sallen. “This award is a testament to Rob’s devotion to community service in general and his dedication to the Jewish Historical Society of Michigan in particular. We’re pleased and proud that Rob has been recognized for his ongoing contributions to this worthwhile organization,” said Sallen.

Kaplow is a shareholder whose practice is concentrated in estate planning, wealth preservation, and personal and corporate income tax planning. He serves as a member of the State Bar of Michigan (Taxation and Probate and Estate Planning sections), Oakland County Bar Association (Taxation Committee) and American Bar Association (Real Property, Trust and Estate Law Section). He is a frequent lecturer before professional groups pertaining to tax and corporate matters.

Kaplow has been continuously selected by his peers for inclusion in the annual edition of Best Lawyers in America® since 2013, recognized in the Michigan edition of Super Lawyers® (2006, 2010-2017), named as a Top Lawyer by DBusiness Magazine and recognized as a Michigan Leading Lawyer. He is also listed in Who’s Who in American Law and Who’s Who of Emerging Leaders in America.

Serving as JHSM president in 2002, Kaplow oversaw a strategic update to the organization’s mission statement, and prepared the organization to participate in “350 Years of Jews in America” celebrations. He helped launch “Settlers to Citizens: A 21st Century Tour of Historic Jewish Detroit” for religious school students, and oversaw the creation of JHSM’s first-ever website.

In 2005, Kaplow helped to form the JHS of Michigan Heritage Foundation, an organization created to support JHSM’s mission and operations. He has served as its chair since its founding. In addition to the various JHSM programs he works with, Kaplow also volunteers with JARC, is active with the Financial and Estate Planning Council of Metropolitan Detroit, the Planned Giving Advisory Councils of Detroit Public Television, and the Karmanos Cancer Institute.