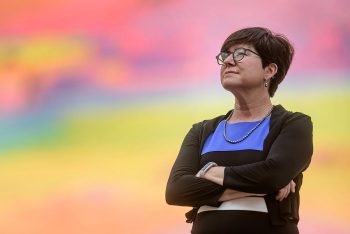 It was just over a year ago that the U.S. Supreme Court issued its opinion in Bank of America v. City of Miami, arguably providing municipalities with even more ammunition to prosecute lenders and servicers for blight violations in suggesting that unfair lending practices resulted in a disproportionate number of foreclosures and consequently, a greater number of blighted post-foreclosure properties.

The City of Miami sued Bank of America and Wells Fargo alleging that they violated the Fair Housing Act by intentionally implementing unfair lending practices to target minority homeowners. The City of Miami alleged that the discriminatory practices adversely impacted the racial composition of the City, impaired the City’s goals to ensure racial integration and desegregation, frustrated the City’s interest in promoting fair housing and disproportionately caused foreclosures and vacancies in minority communities. The alleged actions purportedly financially harmed the City of Miami by diminishing property tax revenue and increasing costs and expenses (e.g., police and fire department services).

The Supreme Court remanded the matter to the 11th Circuit Court of Appeals to address the aforementioned parameters. On February 28, 2018, the 11th Circuit ordered the parties to file briefs concerning (1) the meaning of direct, proximate causation under the Fair Housing Act and (2) how the Court should proceed once the parties have briefed the issue. The parties filled supplemental briefs on April 30, 2018, and the case will be monitored to determine the Court’s ruling. Until the Court sets definitive parameters regarding proximate cause, lenders and servicers can continue to be subject to blight actions based upon alleged violations of the Fair Housing Act.