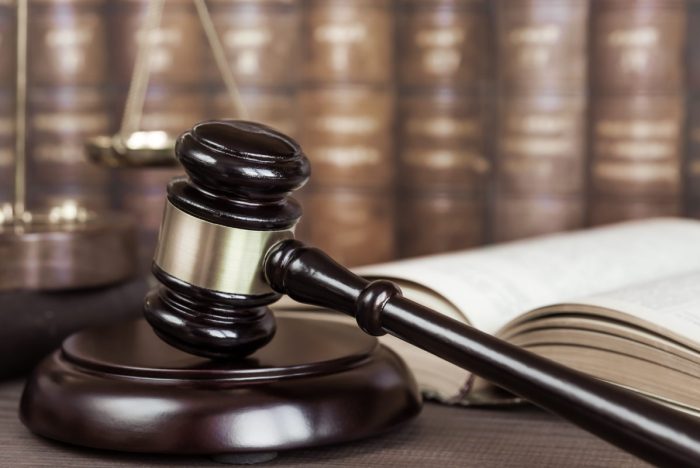 The Joys of Yiddish by Leo Rosten defines the word “chutzpah” as meaning “gall, brazen nerve, effrontery.”  The term first appeared in an American judicial opinion in 1972 when the Georgia Court of Appeals[1] began its analysis with this paragraph:

“Chutzpah”1 is the appropriate word to describe the crime upon which appellant was tried: burglary by breaking into the Jenkins County Courthouse and asportation therefrom of 8 pistols, 5 shotguns, and rifle shells which were in three locked cabinets in the sheriff’s office to be used as evidence in another case with which accused had no connection.

By the time that the term “chutzpah” was used in an opinion of the United States Supreme Court in 1998,[2] a footnoted definition was no longer necessary.

As noted by Jack Achiezer Guggenheim,[3] the classic, colloquial definition of chutzpah is a person who kills his parents and pleads for the court’s mercy on the ground of being an orphan. Like many states, Michigan has a chutzpah defense to civil litigation.  Unfortunately, instead of being called the “chutzpah checkmate for cheating chattels,” or the “humbling hurdle of hubristic hutzpa,” this defense has been known under the blander moniker of the “wrongful conduct rule.”

A recent, published opinion of the Michigan Court of Appeals affirmed the continuing vitality of the doctrine.  In Masrur v Regents of the University of Michigan, __ Mich App __; __ NW2d __ (2022),[4] the plaintiff was aggressive and combative when brought into the emergency room of the defendant hospital.  After being discharged, he escaped from a relative’s house.  When his aunt located him, the plaintiff beat her to death with a barbell.  In the ensuing criminal proceeding, he pled “guilty but mentally ill” to voluntary manslaughter, later changing his plea to “nolo contendere but mentally ill.”

In 2020, the plaintiff filed a medical malpractice complaint, alleging that the defendant hospital had failed to properly diagnose and treat his psychosis and improperly discharged him, causing his aunt’s death as well as his own arrest and incarceration.  Although the trial court denied the defendants’ motion to dismiss on the pleadings, the Michigan Court of Appeals granted an application for leave to appeal, and held that the wrongful conduct rule required dismissal.

Other Examples of Wrongful Conduct Cases

The cases that I have handled implicating the wrongful conduct rule are always the most memorable.  There was the plaintiff who was a central figure in an illegal health care fraud scheme that bilked health insurers out of approximately $400 million.  Despite pleading guilty to conspiracy to commit health care fraud and money laundering, he sued his financial advisor for not earning an adequate return on the illegally obtained funds.

There was the dry cleaning company who failed to report environmental contamination to the State of Michigan, and then sued its insurance agent when forced to mitigate the environmental damage ten years later.  There was the administrator at a law firm who improperly wrote checks to herself, failed to report those payments on her tax return, collected unemployment compensation while being paid by the firm, and then sued the principal of the law firm for defamation when reported as an embezzler.  There was the person who mailed fraudulent applications to the IRS in support of a multilevel marketing scheme, and then sued her therapist for improper treatment that allegedly caused the scheme.  There was the orthopedic surgeon who sued a case manager for defamation, and then quickly settled when our experts opined that the doctor had improperly prescribed opioids.

As long as civil litigation provides a monetary incentive to file lawsuits, there will be plaintiffs who attempt to take advantage of the situation.  The wrongful conduct rule allows Michigan Courts to dismiss the cases of those whose chutzpah leads them to attempt to profit from their own wrongful or illegal conduct.

[5] The Masrur opinion also includes a helpful analysis that only the well-pleaded allegations of the complaint must be accepted as true in deciding a motion to dismiss.  Because the complaint’s allegations that the plaintiff was legally insane at the time of the conduct contradicted the omitted, but legally dispositive, facts of his plea in the criminal case, the trial court was not required to accept as true those allegations in the complaint.