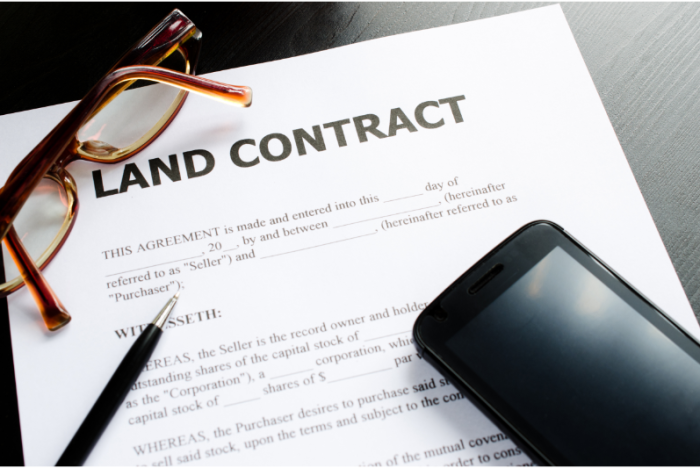 For millennia, “caveat emptor” has warned buyers to do their due diligence before entering into a transaction, lest they be left holding the bag when their purchase fails to comply with expectations. But a recent Michigan appellate court decision involving a real estate transaction could stand for the proposition “venditor emptor.” That is, let the seller of real property beware of the possibility that a purchaser’s oversights or negligence could result in them losing both their property and the right to receive the remainder of the agreed-upon purchase price.

In Nadeau v. Village General Store, LLC, the plaintiffs sold a parcel of real estate to the defendant on a land contract. The contract provided that the defendant agreed to, among other things, “pay all taxes and special assessments hereafter levied on the land before any penalty for non-payment attaches thereto…”

Despite their contractual obligation to pay all taxes and assessments, the defendants failed to do so. The property was forfeited to Wayne County in tax foreclosure proceedings and subsequently conveyed to the City of Dearborn. No longer holding title to the property and not having obtained payment according to the land contract, the plaintiffs sued the defendant for breach of contract and sought to recover the unpaid balance of the purchase price.

“Irrelevant” That Purchasers Were At Fault for Loss of Title

The appellate court affirmed the trial court’s grant of summary disposition, citing a Michigan Supreme Court decision holding that “tender of a deed is necessary before one may sue on a land contract to recover the unpaid purchase price claimed to be due thereunder ….”  Accordingly since the plaintiffs could not tender a deed to the property due to the forfeiture of the property for failure to pay taxes, the court concluded they were precluded from recovering the purchase price.

Interestingly, the court dismissed as “irrelevant” the fact that the plaintiffs’ inability to tender the deed was a direct result of the defendant’s failure to pay the taxes as agreed, given the aforementioned Michigan Supreme Court ruling that essentially comes down to “no deed, no money, no exceptions.”

It may seem inherently unjust to penalize a seller for a buyer’s failure to meet its contractual obligations. But this decision should serve as a cautionary tale for those selling real estate in Michigan to include language in their land contracts that makes clear that the buyer will bear the burden and remain responsible for the consequences that follow from their actions or lack thereof.