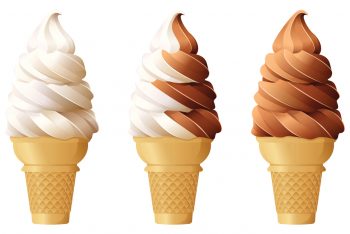 Life Lessons Learned Along the Way: How is Your DQ?

I have used this space to tell stories about who I am and to introduce you to our group. My stories aren’t about me, but about people and events that have had a profound impact on me.

Ok, it’s January, and hopefully I just caused your thinking to shift toward a delicious frozen treat so timeless that Warren Buffet’s company, Berkshire Hathaway, bought it in 1998 and shows no sign of letting it go. At the time, “DQ” was nearly 60 years old. To this day, it has no peer that I am aware of. It is consistently good and never disappointing. Per Wikipedia, there are locations in 27 countries and more growth is on the horizon.

This DQ is nicely defined as: wanting something positive for everyone in the workplace and ensuring that everyone feels respected and valued. DQ is evident in daily interactions with others. It is, simply put, a restatement of the Golden Rule (do unto others…). It is that general intangible, beyond IQ and EQ (emotional quotient) that the workplace (hopefully) and our educational institutions (thankfully) recognize as a necessary trait in today’s world of technical advancement at blinding speed and the creative destruction that follows. In some ways, it is the counterbalance to the metrics that we are all judged by, whether through testing in our formative years or valuation of worth as we seek to advance in our chosen field.

At institutions of higher learning, such as Duke’s business school, DQ is that something extra that makes certain leaders special. It is an integral part of their curriculum.

Think about it. Somewhere in every one of our backgrounds, there is someone, hopefully more than one person, who has made a positive impact upon us. Over the several years that we have been publishing this newsletter, my team and I have constantly referenced those with a very high DQ, even if we didn’t refer to them as such.

Our parents and grandparents hopefully had it as we were growing up. Mine certainly did. Then there were those with whom we have had relationships outside our immediate families. I’ve written about Norm and Jules, who helped me focus on the needs of others. I’ve introduced you to the lady who owned Jersey Junction, the neighborhood ice cream parlor where I likely gained many pounds eating, but also listening as she talked values to this pimple-faced teenager. I have shared stories of my practice group team and my favorite partners, all of whom I love dearly.

I wrote about an executive at MasterCard named Ann Cairns who found her way to the top from the most humble of beginnings. As is relevant here, she had this to say about team building:

“You think about what each person will bring to the team, but you also have to think about them as individuals, and where they’re going from and to, because they’ve all got their own paths and things they want to achie

And then you constantly reinforce what the good is, and you build mutual respect so that you don’t create a team of mediocre people who are all happy with each other and don’t challenge each other.”

What is the common denominator that each person I referred to possessed? They all cared and care deeply. Those who were mentors were generous with their time, perhaps hoping that I might pay it forward. Looking back, I know they all had very high DQs!

As for yours truly, I don’t quite know where I fit on the DQ scale. That is for others to judge down the line. I do hope, as I interact with colleagues, clients, adversaries, and certainly friends and family, that my DQ is always influencing me in a good way.

As we all know, a DQ is good year-round and timeless!

In our next article, my partner Jesse Roth shares an appellate success story that will have a positive and lasting impact for the defense of FDCPA claims.